A panorama of the Providence River from the pedestrian bridge shows the old warehouses and waterside factories of the city’s industrial days, with three smokestacks rising into a semi-clouded sky. On the opposite bank, other buildings catch the sunset light, and in the water, the sky is reflected.

It’s been some time since I’ve written here, the weeks have been *a lot*. I came back from Santiago to Providence, from sun to snow, and arrived to a mouse infestation in my lovely, decrepit old apartment. It took about a week of intensive cleaning to get rid of the poop and return the house to a livable state, though I’m still doing damage control here and there (with roommates’ help now, luckily) a month later. At least my new tattoos by my amazing cousin @pampitattoo have healed!

I’ve also started working almost full time and am learning to navigate when and how to see friends (outside, ofc), write, take care of myself, read, learn, within the new, shifted constraints of a more regular schedule. And in the midst of all this, just as the moon grew full in Leo (my sun and moon sign!), in the tumult of traveling, I received a stunning email, announcing some, well, old news, by now:

These gorgeous words from Renee Gladman, a poet I admire tremendously, made me cry and yell and laugh, I felt so good and shocked; I’m still not sure I really understand— my book of poems is getting published! Americón, the manuscript I’ve been writing, more or less, since the spring of 2018, will be a real book, on paper, by the end of this year. And Wendy’s Subway is such a lively, dedicated, experimental small press. In fact, before I even got the news, I participated in a great virtual reading group hosted by Wendy’s Subway—taught by the incredibly talented poet Mallika Singh—titled Rivering Towards. It was accessibly priced, too!

Here’s a meditative video out my window of gentle snow falling, with a row of little plants, including a cacti and young Ginseng Ficus bonsai, on the sill in the foreground. I recorded it during a session of Rivering Towards, though I’ve removed the audio since someone in the class was speaking and I don’t have their permission to post. However, you can listen to songs I’ve been collecting since that class in the playlist linked below! Despite the obviousness/literalness of most of the track choices, I promise they were all intentional. The ordering is sort of meant to flow from desert spring to river to the sea…

Americón began as a poem I wrote in a translation seminar with Professor Mónica de la Torre. She encouraged us to bring in writing (critical, creative, or translations in process, though it wasn’t quite a workshop) to share at the beginning of each class. Inspired by all the radical, bi- and even trilinigual poems we were reading, I began experimenting with language more:

Though this poem isn’t in the final manuscript, it grew into a small chapbook of language-crossing poems about queerness, several others of which are in the book. I’m reminded of something Selah Saterstrom once said at a really great reading, about how what you cut out—those bits you put your love into but that don’t make it into the book—live as benevolent ghosts haunting on through absence, taking what came before them and transforming it all into whatever comes after, what does “make it.” The writing is forever changed and shaped by what was, finally, excised. I find this idea of editing incredibly comforting. It centers process.

At the time of writing that first chapbook, I wasn’t out as trans yet, not even to myself, and I was confusedly trying to articulate through the poems my spiraling thoughts about gender. Why did I keep gravitating toward thinking of myself and my way of loving as lesbian? What did it mean to feel so strongly that I loved lesbianly, though on the surface I looked like a man who loved women? Though some of that was essentialism I’m still working through and past, I think there is something deep and true to the way we are constituted by our desires.

For a while, I identified as nonbinary but used he/him pronouns (not a contradiction!), with a sort of political project that sought to open up the possibilities of masculinity, perhaps even rendering it obsolete “from within.” Though I think that’s still an interesting (maybe valid?) project, I slowly realized it wasn’t mine; it wasn’t who I am. And then transness made so much sense. After wading through layers of internalized transphobia, I’m arriving at a much more comfortable openness. I’ve been thinking transness, nonbinariness, gender abolition, are a sort of space we make, rip into reality, for ourselves. A space in which we can exist more freely, and which we can grow to include others we love, helping them be more expansively themselves.

With “transness as an underlying grammar,” as Taylor Johnson later told me they write, my poetics shifted, too. The translations, or translanguaging (as linguists call Spanglish), as well as the sort of transbordering transnationalism I found myself drawn to writing, became expressions of a central desire and way of moving, dancing, remembering (as thinking)— transing.

Nearly a year ago now, as we first went into lockdown and were tossed about, trying to discern what to do and how to stay safe, these poems, this writing focused on the open expanse of the desert on the other side of the country became my lifeline. I didn’t know what else to do, and my classes were a mess, so most days I just got up and wrote, alongside my roommate and dear friend Abram. We kept each other going, each in our completely different ways of writing. My advisor Eleni Sikelianos was also an anchor, and my many friends who remained to dance in the streets and catch up on the stoop, or around a bonfire. Thank you.

In a short, slow clip, inconsequential flakes fall in front of trees with toes buried in snow banks. Through the leafless trunks, hills soften under the sun. Long, golden shadows. The camera pans around, back to a rock face and a squinting young woman that glow against a dark sky.

Since last summer, I have been wrestling with a lot of questions and challenging thoughts about publishing, poetry business, and how I can make my art enact my politics in the world— more on this soon! I haven’t really submitted individual poems around to journals yet because it is so daunting; for a start, I haven’t found the wherewithal to read them broadly enough to even know where I want to submit (on political and stylistic grounds). Though I was also uncertain about sending the full manuscript out, I came across a few contests and publication opportunities toward the end of the summer and beginning of the fall that felt more manageable, including Wendy’s Subway’s Open Reading Period. Sharing the manuscript as a whole, as it was written, instead of trying to choose poems that could stand alone, was far easier and felt more right. I submitted to a few places, just for the sake of beginning.

Now, I’m trying to figure out what I need to do, what the protocols and next steps are, and how to re-enter writing I haven’t worked on since last May. Sinking back into the text and making little notes here and there, to, again, begin somewhere. Last week, I decided to rescue a really old poem—older than the original Americón, even—and try to work it in. It’s still in process, but I’d love to hear what you think:

Some Things I’ve Been Reading/Watching

I read this novel in just a few days; it cast a spell on me. Though the first half is incredibly dark and heavy, it doesn’t quite stay that way. Marmon Silko is a storyteller, a poet, a healer, and this book moves between all those modes and more, like a hunter laying a trap. Slowly circling around, the disparate, though not discordant, pieces of its weave tighten into a gorgeous, inevitable, critique and undoing of colonialism, whiteness, and capitalism. Because it’s all intimately tied to the personal narrative of an incredibly rich character, the story truly allows “feelings and the honest exploration of them [to] become sanctuaries and spawning grounds for the most radical and daring of ideas,” as Audre Lorde says we must in “Poetry is Not a Luxury.” Ceremony is so radical, and complete, and open. Anyone who wants to feel open like that, too, should read it. Pairs perfectly with these two wise videos about intergenerational trauma by a Lakota elder, Faith Spotted Eagle, and this podcast about addiction and community.

Three essays on femininity/womanhood I found interesting to read together:

The first two are by trans women (who I believe to be white), and explore some of the tensions between wanting traditional aspects of (white) femininity (heterosexual marriage, submissiveness, domesticity, lack of agency (!), willful ignorance…) which *we know* are patriarchal and oppressive. The last one is by Safy-Hallan Farah, a Somali-American writer (that’s how she was referred to in interviews, though I couldn’t really find a recent self-identifying bio), and, well, the title kind of says a lot. I guess what I see happening between these three texts is a trans (self)critique (1, 2) and a racial critique (3) on certain, interrelated forms of white womanhood/femininity manifesting across a variety of places and times. I get the feeling the last essay undermines or undercuts the subject on a deeper level than the other two, but I’m not sure yet. More coherent thoughts on this someday, perhaps.

So much amazing poetry (in varying stages of reading all of these):

As a final recommendation, I just watched a great documentary called The Painter and the Thief! It’s really well shot and edited, and is a fascinating story that brought up a lot of questions and thoughts as I watched. Kind of heavy, kind of uplifting, very good. 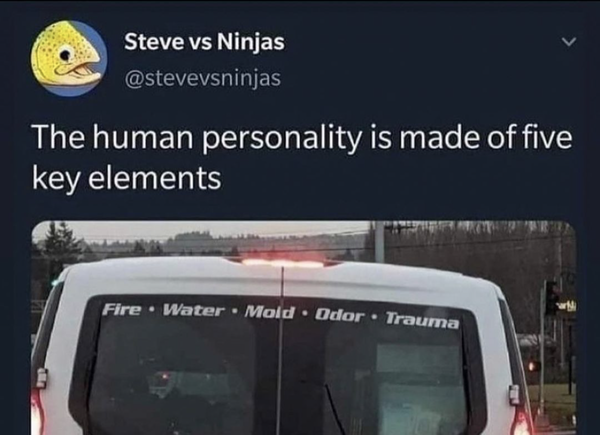 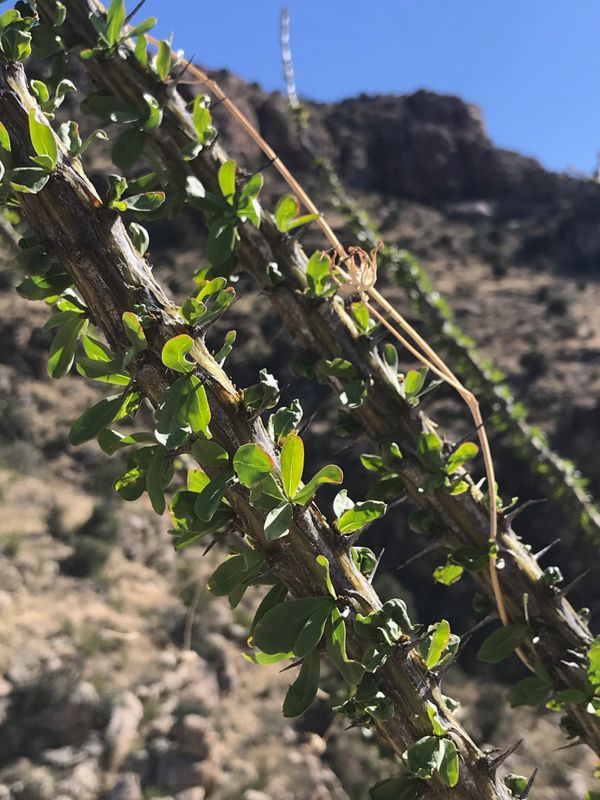